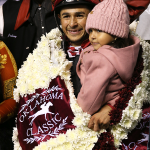 For Immediate Release –  August 9, 2022 — OKLAHOMA CITY – Despite suffering injuries to his brain, spinal column and face in a fall during racing on April 8 at Oaklawn Park in Hot Springs, Ark., jockey David Cabrera is looking forward to trying to capture his fifth riding title in a row at Remington Park when the season opens Aug. 19.

“I feel very good about it,” Cabrera said. “I really have my head on straight again and am about 75-85 percent right now. I expect to be 100 percent when the meet starts.”

Cabrera was the leading rider at Oaklawn Park on the day of his accident and somehow held on to win his first riding title there even though he missed the final month of the season. On the final day of racing at Oaklawn on May 8, he led Francisco Arrieta by one win and the second-leading rider would have to be shut out for Cabrera to win the trophy.

“I really didn’t think there was a way,” Cabrera said, “so I just relaxed, said my prayers that morning and took my daughter (Erandy) to the park. I knew there were a couple of races left, so I went to the track to find out. I couldn’t believe he hadn’t won a race that day. He still had the final race of the meet left and was second turning for home, but couldn’t get there.

“I had mixed feelings about the whole thing. I had gone to the track earlier in the day and Arrieta is such a classy guy. I told him with all my heart I wished him luck.”

He has been working a lot of horses in late July and early August for trainer-owner-breeder C.R. Trout of Edmond and says he is just now “feeling like myself again.”

Cabrera, who lives in Jones, Okla., rode 32 times at Lone Star Park in Grand Prairie, Texas, after being laid up for three months. He only won three of those races, an unlikely percentage for him. It’s understandable, however, when back in April, he lay unconscious on the Arkansas track after his mount reportedly was cut off at the top of the lane, clipped heels with another horse and fell. Cabrera was thrown hard to the racing surface. He did not wake up until he arrived at the hospital.

Regardless of the extent of his injuries, the hospital released him the day after the spill.

“At the time, I was riding so good at Oaklawn,” Cabrera said. “I was a freak. My thinking was so sharp, not making any mistakes and then that happened. It gives you a lot of time to think.”

He said he still wants to ride in the Kentucky Derby and try a meet at Churchill Downs in the spring, but there’s an old saying, “you want to make God laugh; tell him your plans.”

“Maybe I shouldn’t after the accident, but I do,” he said. “So I’m going to eat really good, exercise a lot and I’m hungry. I want to win some big races.”

He said his record at Lone Star Park after his comeback isn’t an indication of what he can do at Remington Park.

“You have to be (riding) fit when you come back,” he said. “I thought I could come back and just pick up where I left off. But I wasn’t thinking right and wasn’t physically ready.”

He said the things he was doing instinctually at Oaklawn before the spill, he was now thinking about before doing them and that wasn’t bringing the same success.

One guy that Cabrera won’t have to be looking in his rear-view mirror for this Remington Park meet is his rival Ramon Vazquez, who has moved his tack to the West Coast.

“Ramon and me, we had good spice between us,” said Cabrera. “But Cristian Torres is coming over this meet from Oaklawn (15th leading rider there this spring with 19 wins) and he is another Ramon, a really good rider.”

As for Cabrera’s future, he has bought a farm in Jones, the same one at which he shoveled manure in his first job after coming to the United States at 14 years old. He wants to turn that farm into a 42-stall training facility from the 10-stall farm it was.

“I want to be like (Remington Park all-time leading rider) Cliff Berry and retire while I’m still young, about 50,” he said. “That’s my dream. That and riding a nice, safe meet at Remington is all I want.”

Tracked by more than 170,000 fans on Facebook and 10,600 Twitter followers, Remington Park has provided more than $295 Million to the State of Oklahoma general education fund since the opening of the casino in 2005. Located at the junction of Interstates 35 & 44, in the heart of the Oklahoma City Adventure District, Remington Park features simulcast horse racing daily and the casino is always open! Visit remingtonpark.com for more information. 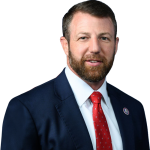 The Oklahoma HBPA/TRAO and other HBPA affiliates file a lawsuit to intervene in the Louisiana District Court Friday, August 12 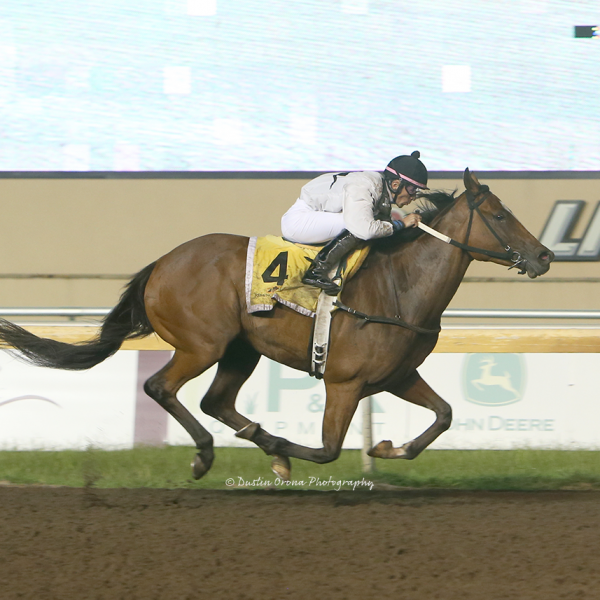 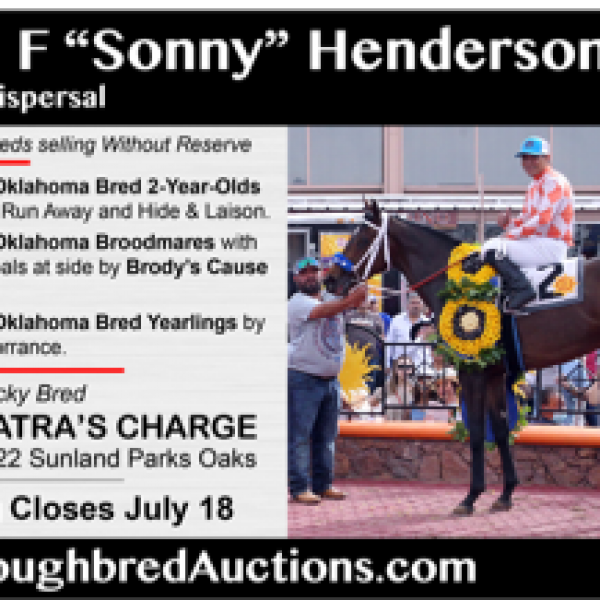 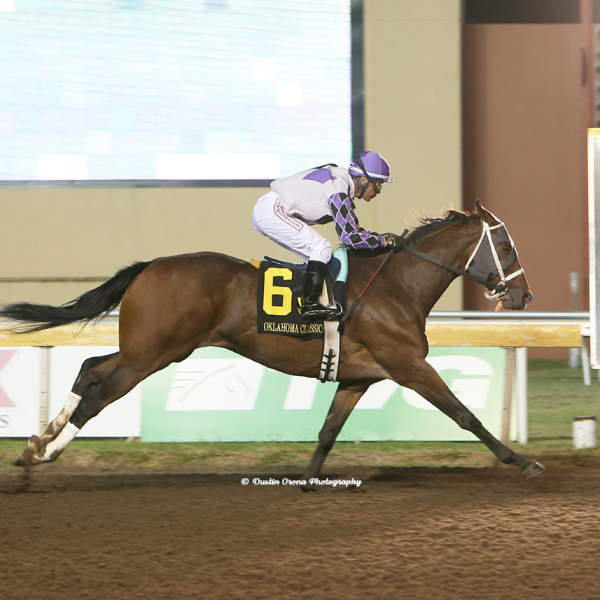 THAT’S SOMETHING DIGS IN, HOLDS OFF NUMBER ONE DUDE FOR WIN IN OKLAHOMA CLASSICS CUP