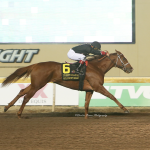 For Immediate Release –  Oklahoma City, Ok, December 18, 2022 – All Hits Pricey Legacy needed to do was return to her favorite track to get back into the winner’s circle, this time capturing the $70,000 Useeit Stakes for 3-year-old Oklahoma-bred fillies going one mile on Saturday.

It was the filly’s fifth win at Remington Park in nine tries over the main racing surface and her fourth stakes win. She also has notches on her belt for the Grade 3 Remington Park Oaks on Sept. 25, the Oklahoma Stallion Stakes on Sept. 9 and the Slide Show Stakes on Nov. 12, 2021.

After running a well-beaten third in the $145,000 Oklahoma Classics Distaff on Oct. 21 here, owner/trainer/breeder C.R. Trout of Edmond, Okla., shipped her to New Mexico where she could do no better than fourth in the $250,000 Zia Park Oaks.

When she got her feet back on the Oklahoma soil, the daughter of Den’s Legacy (Medaglia d’Oro), out of the Concord Point mare High Price Hit, returned to her stakes-winning form, drawing off to a two-length win as the 1-5 prohibitive favorite in the Useeit.

Jockey Jose Alvarez returned to the saddle Saturday night after David Cabrera had ridden her for the first time in New Mexico. Alvarez has been aboard for all four of the filly’s stakes wins.

Hits Pricey Legacy paid $2.60 to win, $2.10 to place and $2.10 to show and covered the distance in a winning time of 1:40.70 over the fast track. She sat just off the pace of front-runner Chillaxification (11-1) for half the race and then pounced turning for home. At the top of the stretch, she led by two lengths. Plenty of Vision (7-2 second favorite) tried to stay with her but could not keep pace. She did, however, hang on for second, a head in front of Chillaxification. The interior fractions for the race were :25.27 for the first quarter-mile, :50.25 for the half-mile, 1:15.19 for three-quarters of a mile and 1:27.64 for seven-eighths of a mile.

Earning $42,000 from the purse for the win, Hits Pricey Legacy improved her record to 10 starts, five wins, two seconds and two thirds for a total bankroll of $339,935 for the homebred. The filly has earned $327,435 of her career bankroll at Remington Park.

The Useeit Stakes is named after the Oklahoma-based broodmare from the early 1900s who produced Black Gold, the winner of the 1924 Kentucky Derby. This is the third win in the race for C.R. Trout as both and owner and trainer. He also won with Hailstorm Slew (2016) and Sunday Flashback (2021). Jockey Jose Alvarez won his second Useeit as he also rode Sunday Flashback for Trout a year ago.

••••••
Tracked by more than 172,000 fans on Facebook and 10,700 Twitter followers, Remington Park has provided more than $311 Million to the State of Oklahoma general education fund since the opening of the casino in 2005. Located at the junction of Interstates 35 & 44, in the heart of the Oklahoma City Adventure District, Remington Park features simulcast racing daily and non-stop casino gaming. Visit remingtonpark.com for more information. 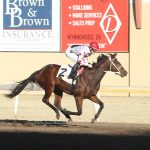 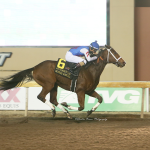 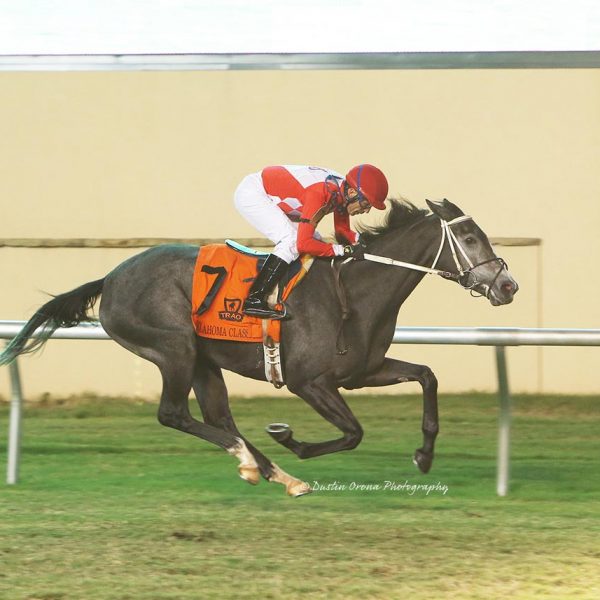 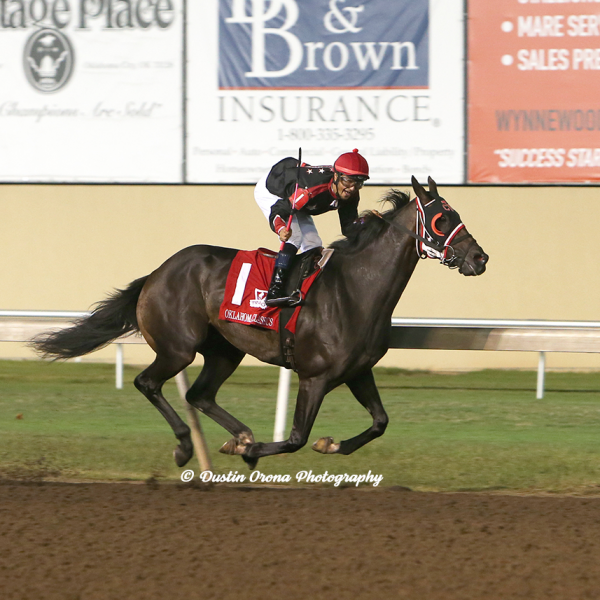 ABSAROKA, SHE’S ALL WOLFE EXPECTED BACK TO DEFEND TITLES IN OKLAHOMA CLASSICS CUP and DISTAFF ON FRIDAY, OCT. 21