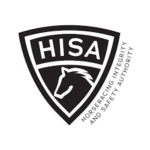 Facing a July 1 federal mandate to get all licensed personnel and actively racing Thoroughbreds registered in accordance with the Horseracing Integrity and Safety Act (HISA), representatives from that organization’s Authority team fielded questions from industry participants Friday in an online “town hall” forum, where the most pertinent query had to do with whether horses will get scratched if their online HISA registrations are incomplete by that deadline.

The short answer, according to the HISA Authority’s chief executive officer, Lisa Lazarus, is yes.

But her slightly longer explanation tells us the Authority is trying to give trainers–who are additionally tasked with registering all horses under their care and maintaining daily records of their conditioning–a grace period during which they will be prodded to comply so scratches won’t have to happen.

“A horse will only be scratched if it or the trainer is not registered,” Lazarus said. “What we tried to build in was kind of a safety mechanism for you in these early months, which is you can enter a horse, but when you enter a horse [without HISA registration], the racing office will get a flag that says, ‘can’t race.’ They will then reach out to you and say, ‘You’re in the race, but you’ve got to get this done by start time, or race time, or else you’re scratched. Based on most racing calendars, that will give you a couple days, at least, to do it. And that will essentially be the warning.”

But horses and trainers aren’t the only ones required by federal law to be registered under HISA. Everyone who holds a state racing commission license–including owners, jockeys, jockey agents, exercise riders, stable employees, pony personnel, outriders, racing office staff, veterinarians, farriers and backstretch vendors–have to sign up too.

And although it won’t result in a scratch, Ann McGovern, representing HISA’s Racetrack Safety Committee, added that, “if your jockey isn’t registered by scratch time, you’ll have to have a rider change.”

The Authority’s reps underscored that the newly operational HISA registration portal is a work-in-progress endeavor, and it’s scheduled to be updated with a slate of changes by Monday based on feedback from users who’ve already registered themselves and their horses. Additional tweaks will be rolled out as the process evolves.

The HISA speakers acknowledged the daunting nature of the work that looms in the weeks ahead, and made it known that the Authority will be depending upon the input of horsemen and women to help make the process less time consuming.

“We know we’re going to make mistakes. We just do. We’re dealing with a really tough timeline,” said John Roach, HISA’s general counsel. But, he added, “We’ll talk to you. We’ll figure it out. We’ll work collaboratively with you. And I hope that even when we disagree about things, you know that we will listen and we’ll try and do the right thing.”

Roach continued: “You should go ahead and get all your registration done. It’s important to get it done before July 1. But we understand that this is a new system; this is new technology. So we are not going to stop anybody from entering.”

Other complexities within the HISA framework still seem a little shy on details–at least based on the way they were discussed during the June 3 webcast.

Take a trainer’s maintenance of records, for example. Here’s how Roach put it:

“Trainers are not responsible for [providing] any kind of information or data to HISA. You are required under the rules to maintain certain records. They have to be available for inspection. The vets will have to do the inputting. But as it relates to your records, you just need to maintain them. The safety rules set forth what you are to maintain.”

But then McGovern interjected to say that when a horse gets claimed and goes to a new owner, additional trainer responsibilities will come into play.

“If a horse is claimed, you are responsible for making a copy of those [training] records and giving that, along with the veterinary records, to the new trainer of the claimed horse,” McGovern said.

One audience member wanted to know how far back the training records have to go. McGovern answered 30 days. Then someone else asked for a clarification of what “training records” actually mean.

“Whatever records you think would be necessary,” McGovern answered. “But in our minds, you know the big board on the end of everyone’s shedrow that has the horse’s name, [and notations of] ‘jogged, worked,’ all that good stuff? [Whether the horse] had a supplement in his feed. Did he hand-walk that day? What did you do with the horse on a daily basis? You could take a picture of that board and put it in a file every day…. If that’s what you want to do, that would be fine too.”

If it struck anyone on the webcast as unusual that a digital image of a magic-markered white board hung in someone’s barn would suffice as a precise “training record” under the federal HISA guidelines, no one said so.

Nor did any of the Authority reps go into detail about exactly how or when trainers would be required to transfer those records to the people who claimed the horse.

Other questions from industry participants focused on the registration process itself. Each horse for example, must have not only a HISA registration, but also a “designated owner” and a “responsible person” associated with it.

But what if five people own a horse in partnership? Do all five have to be registered? And who among them gets listed as the designated owner?

“There only needs to be one designated owner to take responsibility for the horse,” Lazarus said. “[Partners] can decide amongst [themselves] who that’s going to be. We do want all owners to register. But with regards to the initial enforcement piece, et cetera, really we’re going to be focusing on the designated owner.

Added Roach, “If [an] owner is not licensed because they own such a small percentage that they’re not required to be licensed [at the state level], they do not have to register.”

Lazarus also attempted to smooth over confusion related to the differences between being licensed at the state level while also needing to meet the federal requirement to be registered under HISA.

“This is a one-time registration. It’s not an annual registration. And it has no actual connection to your state license,” Lazarus said.

Then why is a state racing license identification number listed as one of the HISA registration requirements?

“The only reason that we ask for a state license number is to make the whole process easier for you,” Lazarus said. “If you give us a state license number, we can go into the ARCI system and help pre-populate your information [so it gets auto-filled on the online form]. It’s a one-time registration, a one-time number [provided by HISA]. Once you do it, unless something dramatically changes, you never have to do it again. And that [HISA] number stays with you forever.”

What if you are licensed in multiple states? Which license number do you provide to HISA?

There were also concerns about whether it’s a trainer’s responsibility to register their licensed employees. The trainer is not required to do that, but the Authority is asking trainers to encourage their staff to sign up themselves.

There was also uncertainty among trainers about what happens when a horse leaves the track to go to a lay-up facility or offsite training center. Who becomes the responsible party?

Roach clarified whether or not caretakers at a farm would also have to register under the HISA system. 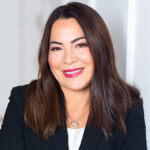 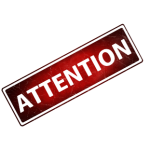 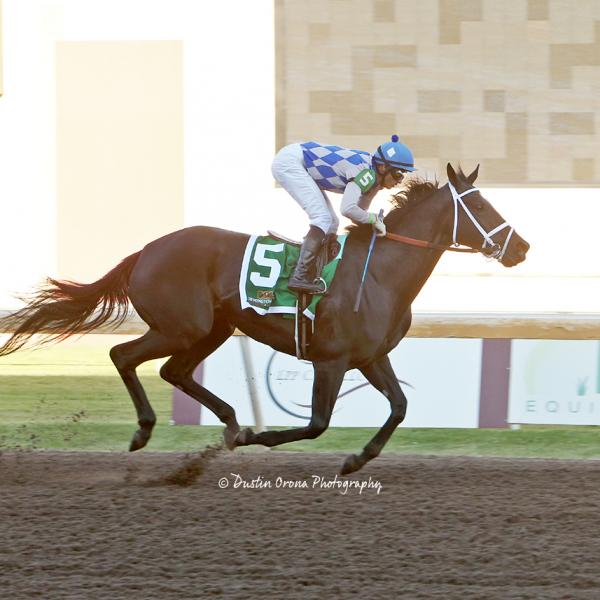 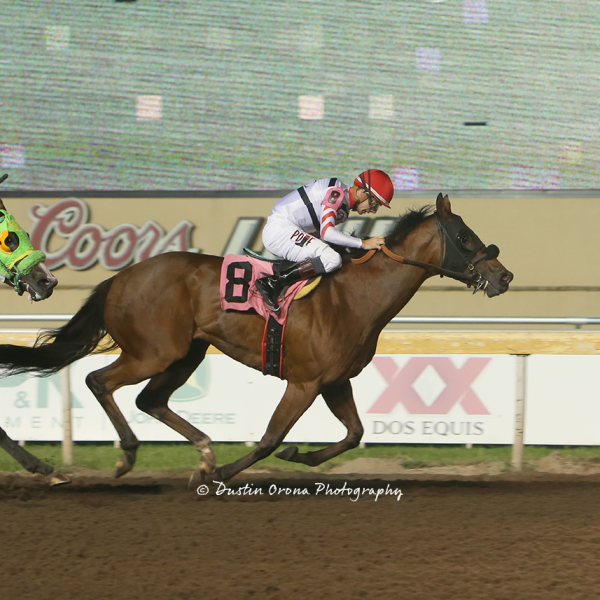 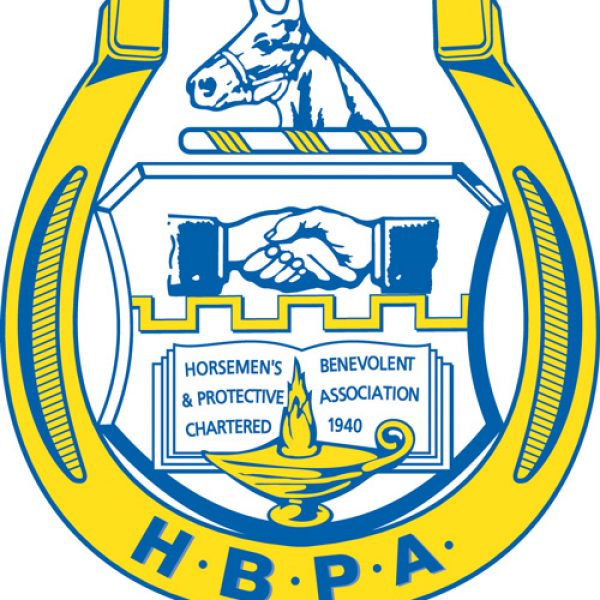 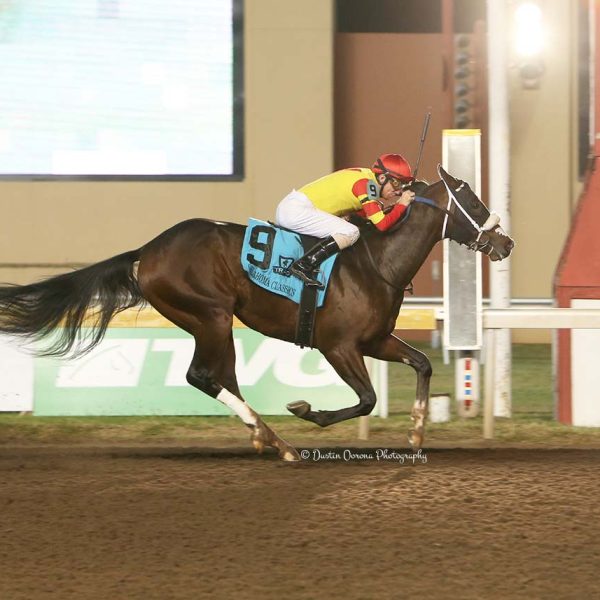